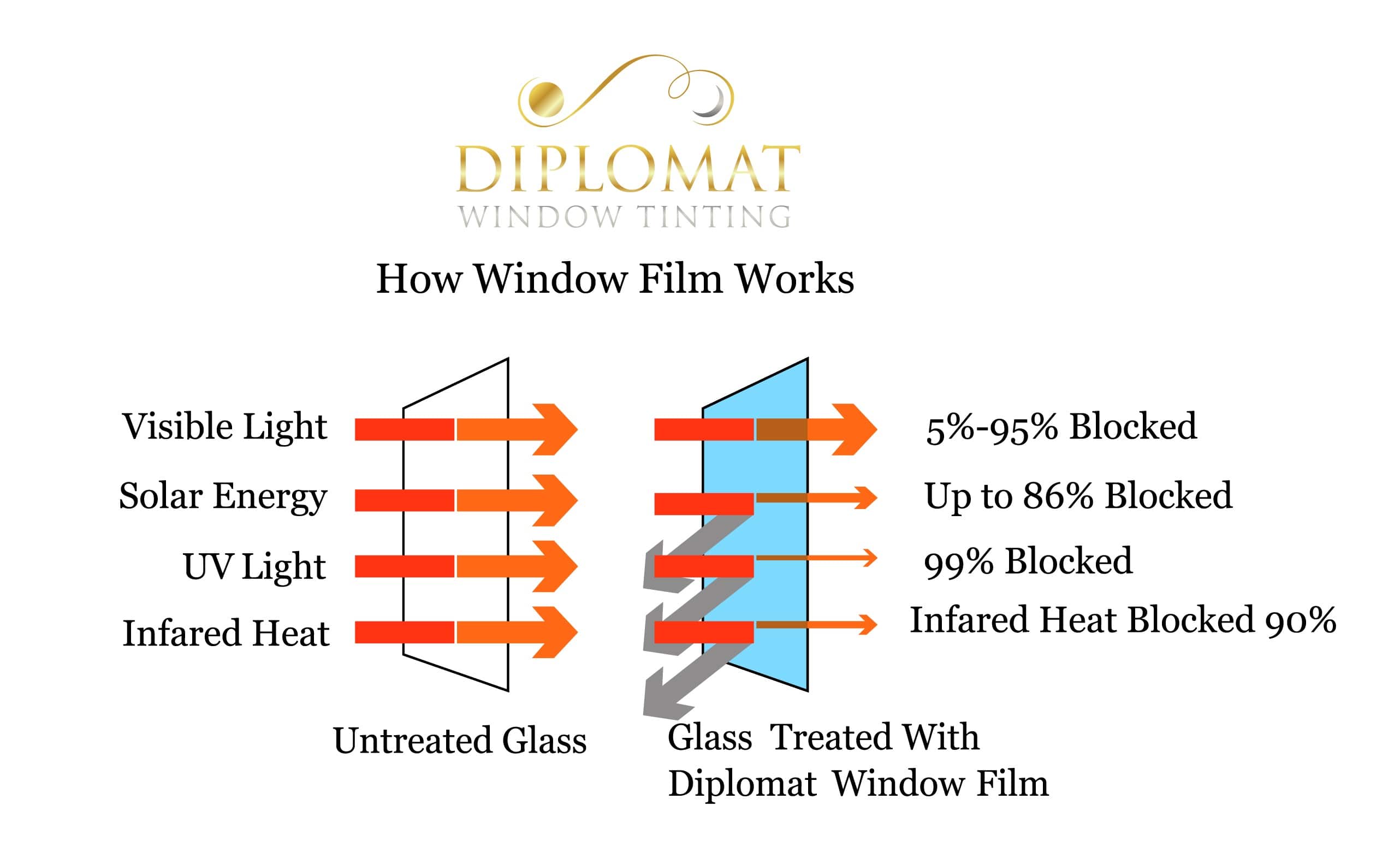 Window film is the application of tinting film to the surface of a glass material used in windows whether for a car or home use. The tint provides shade over the glass material that offers series

Beyond the protection against harmful sunlight, the tinted window provides so many other features the individuals with adequate knowledge of how window film works will go to any length to install the product in their homes, offices, and cars. Knowing how window film products work is the objective of this article to discuss its basics and technology.

The film is a layer of polyester with property to exhibit the power to of protection as described by what the window film can do. It is made up of tinting agents such as metals and dyes added to a polyester material to give the protective characteristics the typical tinting film is known. It should also be noted that the tinting layer of the window glass is placed on the inner side of the glass to protect the tint film itself from getting compromised by external impact.0

Generally, VLT rating is used to measure window tint. The measurement appears in the name of the particular tint. The lower the visibility rating, the less is the light that will pass through, and the more is the darkness. Though the blocking feature of tinting film may affect light passage through the window, so also it will block harm causing UV rays and heat causing IR from doing their damaging works on the property the window tinting film is used.

A window film purpose determines what you get

You don’t have to get confused with the way window film works. Every tinting film has its designed purpose, whether to reflect light or to absorb heat. Ordinarily, as earlier mention, your car window came tinted with the ability to allow a considerable amount of light to pass through. By the time a tinting film is applied to the same tinted window, the initial ability of the window glass to control light accessibility is further checked to the degree of allowance designed for the tinting film.

You need help to install the right tinting film

The purpose of applying tinting film is to the tinted window is to strengthen the ability of the glass to upgrade the tinting control of the window on solar light, safety, and appearance of the glass material. The glass material on which the tinting film is applied becomes effective on solar, wind, rain and snow better than its natural design. From the way window film works, you can see that it is not what someone not well informed about the functionality of tinting film product. Therefore, you need experienced window film installer to give you the right product with proper installation to give you the best product you need.