How Solar Film Saves You Money 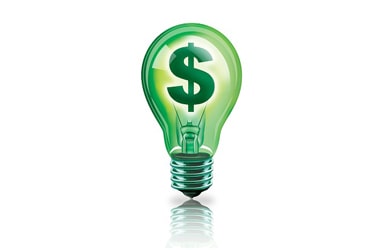 Did you know you are saving some money by installing solar film in your home and car windows? If you do not have a deeper thought on the impact of sunlight on people and property in your environment

you may not know how much you are saving by installing solar film at work. If you must know the sunlight, you get every day has three distinct properties: 1- visible light, 2-ultraviolet light (UV), and 3-infrared (IR). The impact of UV and IR on humans and properties leave damaging effect such that they gulp huge sum in health, maintenance, and replacement bills as a result of the damages done.

Apart from damages from UV and IR, the energy cost of powering air conditioning in summer and heater in winter can add up quickly to increase energy cost considerably with high impact on our lean resources. Also, the costs that go into maintaining and replacing properties and paying for healthcare bills can go into other useful needs if saved from installing solar film at home, car or office.

Talking about how solar film works is delving into the technicality of the tinting power of solar window installed to block up to 88% of solar energy from entering your house, office or car. When this happens, it helps to reduce the enormous heat produced by solar energy thus giving your air conditioning a relaxed atmosphere to work. Potentially, such savings amount to significant dollar figure per annum.

With less energy consumption of air conditioning due to lesser heat because of less IR impact, such savings added to a healthy atmosphere with less spending on health costs will mean saving an enormous amount per annum from energy and health costs.

In winter months window film helps to keep the warmth by acting as an insulator by keeping over 90 percent of the radiant heat in the room which will amount to lowering heating cost considerably during the cold season. During these times, there will be no need to heat the house beyond necessary.

As noted earlier, installing solar film comes with some savings from health and energy consumption to power air conditioning in summer and heater in winter times. Skin troubles arising from skin cancer, bad eye sights, heat stroke and other likely health issues due to excessive heat, and UV actions are considerably eliminated giving the individuals a relief from emergency spending. The following benefits come from the installation of the solar film for your home and office and even in your car.

Studies show that solar reflection’s films can save up to 30% on energy cost per year. Because you know your energy cost per annum, consider what 30% will come to from your savings if you saved such amount from installing solar window film in your home, office, and car. If you add other savings from other sources to this figure, you would have solved considerable cost problems just by taking measures to reduce energy consumption.

With the installation of solar reflection, you are killing so many birds with a stone. Consider the fading of valuable items you have to change often because the sun has taken the shine away from them or you want to think about your privacy that the solar film has restored and protected you. It may not immediately come to mind, but it is important to give it a thought and put a cost to it.

Although you may have read about how easy it is to install solar film, it is important to consider hiring a professional before turning your home or car to a DIY grotto and make costly mistakes. An expert installer has the knowledge to do the proper things and avoid mistakes such as inferior product or install the solar film materials the wrong way. If any problem arises in the course of use, it is easier to contact the installer for a solution.